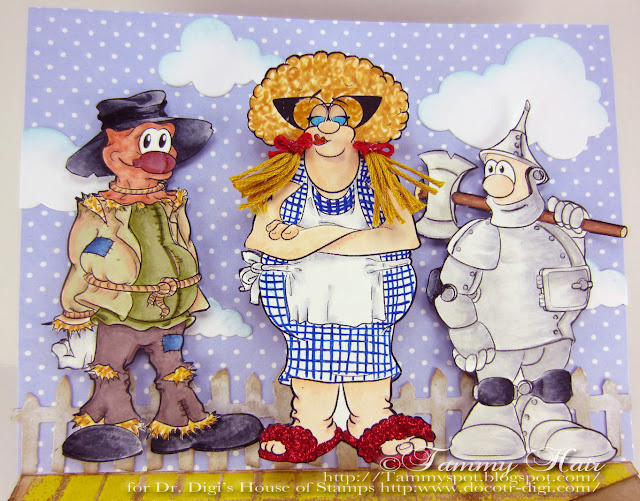 With a loud collective sigh of relief, the final curtain came down on Doctor Digi's House of Stamps' production of The Wizard of Oz with a loud thud! The show was doomed as soon as the news leaked to Deirdery Dunderton and she was able to put into action a plan to prevent her talented sister thespians from trying for the lead by greeting them with a large plate of cookies laced with fast-acting laxatives the evening of auditions! During each performance, the agony the cast and crew had to endure was lessened thanks to a quick thinking director, by handing out ear plugs to spare them from the horrible sound of the Diva's voice.  Both the Scarecrow and the Tin Man threatened the entire company with a lawsuit if their real identities were ever revealed. Word has it that next year the show will be The Hunchback of Notre Dame, with you-know-who playing the mute hunchback! 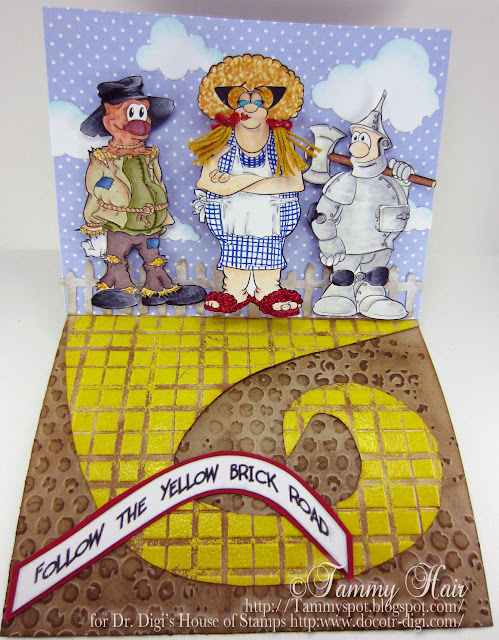