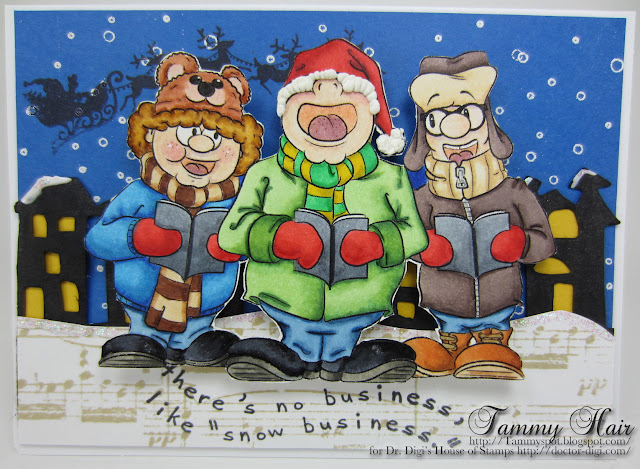 Long before Paul, Ringo and George joined forces with John and became the Beatles, they were members of the youth choir at their church. Each Christmas season the choir would go caroling through neighborhoods to help spread the spirit of Christmas and good cheer. Each evening after the choir had finished singing and gone home, Paul, Ringo and George, a/k/a We Three Kings as Dr. Digi's House of Stamps has dubbed them, would remain singing non-traditonal Christmas songs until they were hoarse! One evening Paul happened to stroll by and when he saw them he decided to sing along and that folks is how the Beatles were born!
Posted by Tammy at 00:00